Everyone at some point of their life will experience some aches and pain, and it could be because of a whole range of different reasons. For some of us, that would be a bit of joint and muscle pain after a workout, for others it could be stiff joints due to arthritis, or it could be through recovery from an injury. Regardless of the reason behind it, it’s safe to say that when it comes to pain, the less of it the better!

But first, we have to understand what pain actually is, how come we feel pain when we’re injured, when we’re recovering, or sometimes even after we’ve recovered? Is there a difference between types of pain, or is arthritic pain the same as joint and muscle pain post-workout? 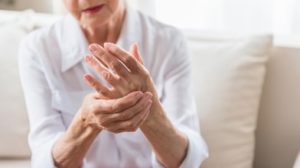 Pain, soreness, and what are the causes?

Ultimately, muscle soreness and outright pain are relayed to the brain in the same way, through a complex series of receptors (called nociceptors) relaying information through the central nervous system, initially travelling through the spine, where the message is then carried up to the brain, received by the thalamus, and then sent to the cerebral cortex where it is processed. After this pain message has been processed, another message is sent back out from the brain to the affected area of the body, telling that area to stop doing whatever it is that is causing pain or discomfort. All of this happening in a fraction of a second, regardless of what the type of pain is, and how intense it is.

Once again, the signs point to yes, albeit it with very slight differences. The same receptors are relaying the same kinds of signals to the brain, regardless of if it’s a shock injury, muscle soreness post-workout, or inflammation triggering receptors from arthritis. The differences lie with the brain’s perception of the pain in terms of severity, and whether there needs to be an immediate response to that pain.

For general soreness after exercise, the pain is recognised as a dull ache, as intense exercising of muscles can cause small tears which can cause muscle swelling and can trigger pain receptors. Your body will then interpret this as an injury, but a very minor one, so there won’t be much more of a response from your body.

For arthritic pain, and other chronic inflammation-based disorders, the sensors are triggered due to inflammation in the target area, in almost exactly the same way as post-exercise soreness. The major difference lies with the perception of this pain. Your brain can actually form a pain “memory” regarding your chronic pain, which can change the way it feels any other pains outside of that chronic pain due to overstimulation.

The inflammation that our body undergoes in damaged areas is down to a production of compounds (cytokine and chemokine) that are as a response to injury or infection. These compounds and this process is hugely important for protecting our bodies, and allowing for our body to safely repair damaged cells, however overactive inflammatory responses can very easily start causing more issues than it solves. Additionally, in a direct response to pain, our body will start employing the use of a compound called anandamide, which has been linked to a reduction in pain perception.

So how can we alleviate pain?

People have been trying to find forms of pain relief for centuries now, and generally the less intrusive options have always been the preferred ones. This can include mind-body techniques such as forms of meditation and mindfulness to reduce the “fight or flight” response (which can often times worsen muscle tension and pain), or altering your diet to include substances such as turmeric (which is suggested to have very strong anti-inflammatory properties).

Often times surface-level remedies can be used to reduce the impact of pain, such as cold or heat applications, or topically applied products in conjunction with a deep massage, which really goes to show just how many different avenues people have been looking down in an attempt to find some relief. 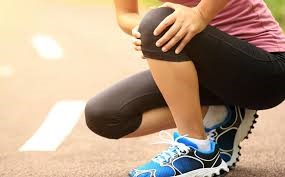 One place that’s always good to turn to with regards to any issues to do with joint and muscle pain is the sporting world. Considering athletes are putting their bodies through strenuous activity day-in day-out, recovery and relief is crucial for their ability to train, perform, and improve. There has been a surge of interest lately in the sports community in CBD, taken in multiple forms for multiple reasons.

Why is there this newfound interest in CBD?

At an absolute minimum, CBD is considered to have anti-inflammatory properties, meaning that for injury repair or inflammation-based disorders there is already some form of a basis for using it. The reason why people have been more interested in it than other natural remedies based around inflammation is due to the additional ways in which CBD can interact with your system.

Firstly, when looking at joint and muscle pain and pain perception, CBD is thought to have some interactions with anandamide, the compound that can reduce pain perception, which also coincidentally is a cannabinoid like CBD, that exists naturally within your body. CBD works alongside anandamide, and can reduce the rate at which it is broken down upon impacting the pain receptors. This means the longer anandamide stays in your system, and the longer and more efficiently it can reduce the signalling strength of these pain receptors, the better.

CBD can also help with regulating the levels of cytokine and chemokine (the compounds responsible for inflammation), and with further natural anti-inflammatory properties, it means that CBD could be used both as a quick response for acute pain, or could be used regularly as a way to find relief from chronic pains. Additionally, CBD is thought to be very beneficial for the induction of a “runner’s high” during or after exercise. This feeling is described as being a sudden feeling of euphoria, relaxation, and pain relief, and the receptors that are needed to be activated in order to achieve a “runner’s high” are the same ones that CBD can target.

There are two main options you can choose when it comes to CBD, and it will be entirely dependent on whether you are targeting just a small area or if you are looking for more of a full-system impact. The choice of many athletes with regards to CBD products is topical products, who generally will have certain parts of their body exerting more force and being put under more strenuous activity than other areas. For them, something like a CBD body oil or a CBD balm, which they can then massage into the affected area, would be the optimal product for them.

For more of a full system approach, or for people who suffer more from chronic pain, the CBD oil drops would be our recommendation. By taking the oil drops, the CBD can have the capacity to impact more of your body and will therefore have access to more receptors, whereas the topical products will just be locked into the receptors in the area where the product was applied to.