Close to 4.9 million people in the UK have been diagnosed with diabetes, with a further 850,000 people suspected to be living with undiagnosed type 2 diabetes. To add on to this, 13.6 million people in the UK are considered to be at an increased risk of type 2 diabetes, meaning that currently, 28.8% of the population either has or is at a higher risk of having some form of diabetes.

From a study conducted this year, diabetes was the second most common chronic condition in the UK, with 7.1% of participants citing that they had been diagnosed with some form of diabetes, with chronic kidney disease being the only condition cited more (7.2%). This is on trend with the expectation of 7.2% of the population having a diagnosis of  type 2 diabetes specifically. So knowing the statistics, and knowing how prevalent diabetes is in our country is, we should take a look at it. What exactly is diabetes? How can we stop that figure from increasing? And what actions can you take to reduce the impact of the symptoms of one of the nation’s most common chronic conditions? 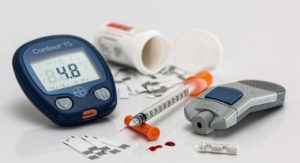 So what exactly is diabetes?

Diabetes is actually a fairly complex condition, however it typically revolves around your body’s insulin production and the ability of glucose to get into your cells. There are multiple forms of diabetes, however most people typically just think about type 1 or type 2 diabetes as these are the most common.

Type 1 diabetes means your body cannot produce any insulin whatsoever. The exact cause behind type 1 diabetes is unknown, however it’s theorised that your body’s own immune system mistakenly identifies insulin-producing cells in the pancreas as something harmful, leading to them being destroyed, and after enough are destroyed then your body’s capacity to produce insulin is either minimal or non-existent. Type 1 diabetes is the most common form of diabetes diagnosed in children, however can develop later on in life.

Type 2 diabetes is a combination of two interrelated problems. Your pancreas doesn’t produce enough insulin, as well as your cells responding poorly to insulin, leading to an increased risk of high blood-sugar levels, which can damage multiple areas of the body. While typically referred to as “adult-onset” diabetes, due to the most common cause of diabetes being obesity, which as a population group is more of an issue for adults, the rates of childhood obesity have increased meaning an influx of children being diagnosed with type 2 diabetes. This is the most common form of diabetes, with the highest risk of development across all forms of diabetes.

Additionally, there are some rarer forms of diabetes that can be caused by a whole range of things. Type 3c diabetes is developed when a different disease causes damage to the pancreas, which then impacts your insulin production. Neonatal diabetes is a form of diabetes diagnosed under the age of 6 months, however isn’t considered a form of type 1 diabetes as it’s not an autoimmune condition. Latent Autoimmune Diabetes in Adults (LADA) is a form of diabetes that almost straddles type 1 and type 2, as it demonstrates elements of both, meaning some people refer to it as type 1.5 diabetes, and while it’s not actually considered its own class of diabetes, there’s medical research being conducted into it to see what exactly the causes are.

The main linking point across all these conditions though, as mentioned, is down to insulin production, blood sugar regulation, and the ability for your body’s cells to use glucose. Issues with these functions can then lead to further damage with multiple different organs, and with different areas of your body. 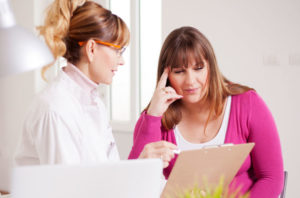 What further complications can diabetes cause?

The complications that can come about as a result of diabetes can be wide-ranging. Across all forms of diabetes, the complications seem to be fairly consistent, as they typically will be based around the body’s capacity to use glucose as a main source of energy, or the detrimental effects of having excess glucose and high blood-sugar levels.

Some of the early signs of type 1 and type 2 diabetes are:

These are crucial to keep an eye on, as unchecked diabetes can lead to you unknowingly causing higher blood sugar levels or higher blood pressure, which can lead to some of the following complications.

Cardiovascular damage is amongst the most serious of the complications. This can include coronary artery disease, chest pains, heart attacks, strokes, high blood pressure, high cholesterol, and atherosclerosis (narrowing of arteries). For most of these conditions, it’s down to an abundance of glucose in the blood causing damage to the blood vessels themselves, or the nerves that control your heart and blood vessels. Additionally, having already high blood pressure levels can increase the risks of these complications, and your heart will already be working harder to pump blood around your body, which can be compounded by the likelihood of even higher blood pressure rates or the narrowing of arteries caused by excessive glucose in the blood.

Neuropathy, or nerve damage, is also a common symptom and complication that can come about as a result of diabetes. Once again, the high levels of glucose in the blood can destroy nerves, leading to a variety of different sensations in affected areas. Typically starting in your fingers or toes before spreading upwards, the nerve damage can feel like a tingling, numbness, burning, pain, or in some instances a complete loss of feeling in a certain area where the neuropathy exists. While neuropathy itself isn’t deadly, theoretically if you had neuropathy in your toes and ended up with a cut, sore, or blister on them that you couldn’t feel due to the neuropathy, it could potentially get infected, leading to gangrene, and may potentially require amputation to stop the infection causing further damage. This can also be the case when looking at poor blood flow to these peripheral areas

Chronic kidney disease is also one of the conditions that can be caused by diabetes. The combination of a high blood pressure as well as high blood glucose levels can severely damage the blood vessels in your kidneys. This can then lead to significant kidney damage, resulting in diabetic kidney disease or end-stage kidney disease, for which dialysis would be required, or potentially a kidney transplant.

These are probably the main and most severe complications that can come about as a result of untreated diabetes, however additional symptoms can include eye damage, loss of hearing, skin and mouth conditions, and gastrointestinal tract conditions. 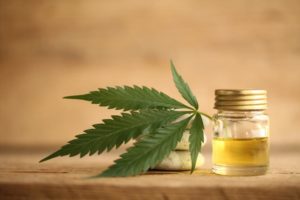 So CBD and diabetes, can it help?

Regarding a majority of these conditions, there has been a good amount of research conducted into the efficacy of CBD as a therapeutic for diabetes. With regards to cardiovascular diseases, CBD oils have been shown to protect against vascular damage, reduce cardiac fibrosis, reduce the infarct size of the left ventricle which reduces the chance of heart attacks, as well as reduce the inflammation and cell death in diabetic hearts. Additionally, CBD has been shown to protect against ischemia-reperfusion injury in the case of diabetes, or the injury that comes about when an organ previously damaged from blood deprivation has blood flow re-established, which in the case of kidney damage or nerve damage is of great importance.

Looking more closely at nerve damage, many people have taken to using topical CBD products such as a CBD balm in order to take a more targeted approach towards diabetes symptoms. CBD has been shown to alleviate the impact of neuropathic pain due to it’s anti-inflammatory properties, being able to reduce inflammation around damaged nerves, leading to a reduction in pain. Additionally, CBD has been shown to increase the longevity of a compound called anandamide, which reduces your body’s pain perception, which in the case of chronic pain or neuropathic pain caused by diabetes can allow the pain response to be much more manageable. 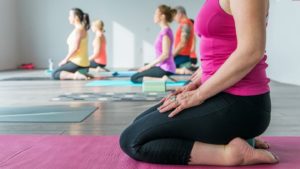 Is there anything else that can be done?

Ultimately, diabetes is a chronic condition, and while there is no concept of diabetes being “cured”, there is very much a possibility of individuals having glucose levels that return to non-diabetic levels, or what is referred to as diabetic remission. A majority of the time, people just learn to live with their diabetes, and learn how to manage their blood glucose levels in order for it to not cause any damage to their system. There are however multiple changes that can be made to a person’s lifestyle that can alleviate the impacts of diabetes, or in certain instances cause diabetic remission: