Many people consider stress and anxiety to be one and the same, however in reality there are notable differences between the two, and understanding these differences can be crucial. So what is stress? How do we combat it? And what links do CBD and stress relief have?

Many people use these two terms interchangeably, and understandably so. While they are very heavily intertwined, being aware of the differences is important with regards to dealing with the issues. There is a very fine line between the two, as both are emotional responses with very similar symptoms, however the crucial difference is that stress is typically an immediate response caused by an external trigger or stressor, whereas anxiety is typically a persistent excessive worry even in the absence of a stressor.

Before we get further into looking specifically at stress, how best to tackle it, and how CBD can help, it’s important to say that stress and anxiety are both completely natural emotions, and are fairly important for us to feel from time to time. In the right contexts and right amounts, they trigger responses in our bodies that help us deal with whatever the issue presented may be. It’s purely when there are undue and excessive levels of stress or anxiety that problems and disorders begin to develop. 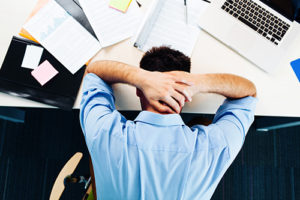 So what exactly is stress?

As mentioned, stress is your body’s response to a new, unexpected, or dangerous situation. While everyone will deal with stress differently, and our abilities to cope with stressful scenarios can depend on genetics, early life events, personalities, and social circumstances (to name a few), the way that your body responds to these scenarios is generally the same across everyone.
When a stressful situation is encountered, our body begins to produce a set of hormones that trigger a fight or flight response, as well as boosting our immune systems functions. The primary hormones that are released are adrenaline, which boosts heart rate and elevates your blood pressure, and cortisol, which increases glucose in the bloodstream and enhances your brain’s use of these increased glucose levels to control your mood, motivation, and fear, as well as boosting energy in order to handle the immediate and present stressor.

Historically, these reactions were to keep humans safe from animal predators. The hormones produced were for an increase in physical exertion either to fight or to run, and to make a decision quickly about what the best option is. Nowadays, those stressors have changed, however the hormones released are still the same, and while certain boosts to mental acuity can be very useful for dealing with the stressors of the modern day, the other effects of these released hormones aren’t needed, and if released too often or not utilised can cause damage. 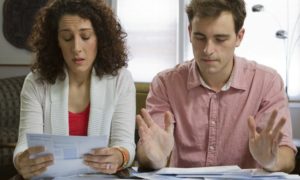 What are the modern day stressors? And how stressed are we really?

Looking at the age breakdown of these results, 18-24 year olds on average feel stressed on more days than any other age group (9.82 days per month). That being said, people aged 45-54 had the highest number of people feeling stressed every single day, with 11% of people in that group feeling daily stress.

This should give an early indicator into how widespread stress is. It doesn’t impact one specific group of people, instead to some capacity it impacts nearly all of us more than it should. When looking at the reasons as to why people are stressed, the issues get more and more pressing. Nearly 40% of the people surveyed cited that money and lack of sleep were major stressors in their life, with 35% of people saying they were stressed over their health. Additionally, nearly a quarter of people said they were stressed over work in general.

These points in particular are quite concerning. Lack of sleep and personal health being major stressors for over a third of the population can almost lead to yet another self-fulfilling cycle. The hormones released through stress will contribute to a lack of sleep, so feeling stressed over not being able to sleep only aggravates the issue. Likewise with personal health, being excessively stressed can lead to high blood pressure, heart disease, and diabetes, so being overly stressed about personal health can be detrimental to your health, resulting in a potential downward spiral.

When looking at work and money being stressors, these two are quite dangerous ones to listed so high on the list, as for a majority of people exposure to these stressors is near enough a daily occurrence, so being stressed over something that you’ll be having daily exposure to has the capacity to start causing real harm. With specific regards to work, one syndrome that is heavily on the rise is Burnout. 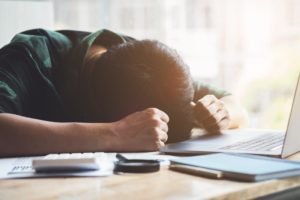 What is burnout and how dangerous can it be?

Burnout is a state of emotional, physical, and mental exhaustion that is caused by excessive and prolonged stress, typically as a result of feeling perpetually overwhelmed and unable to meet constant high-level demands. Symptomatically, it includes (but is absolutely not limited to) constant exhaustion, lowered immunity leading to frequent illness, loss of motivation with a sense of failure and self-doubt, and social and workplace isolation through skipping work and social engagements. If stress is characterised by over-engagement, burnout is the point beyond that, where disengagement occurs due to snapping from excessive stress. Surveys conducted in 2020 indicated that as much as 22% of the population have experienced burnout and while the same studies haven’t been conducted this year, experts are projecting that figure to have risen through 2021.

While it is crucially important to be aware of each of the different ways stress can impact you, burnout is of significant importance, as it almost seems like an amalgamation of all other stress-oriented symptoms. It can lead to further anxiety disorders and depression, disassociation and detachment, and loss of motivation and hope, all while still bearing the brunt of the physical issues of excessive stress such as high blood pressure and muscle tension. 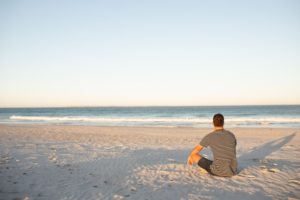 How can we feel less stressed? What’s the best way to combat these issues?

Tackling stress is going to be entirely unique for each individual, as everyone will have their own stressors pertaining to their own lives. Because of this, identifying the root cause or causes of stress is integral, as it will allow you to then take action to reduce the impact of the stress, or to eliminate the it entirely. Additionally, when it comes to financial or workplace stresses, these may require slightly more specific plans of actions behind them, and there are a plethora of guides available to help combat these.

In terms of how CBD can help, there have been multiple studies into CBD looking specifically at stress relief. It’s been shown that CBD interacts with the receptors in areas of the brain responsible for releasing stress hormones, as well as multiple receptors through the body’s endocannabinoid system in areas where physical symptoms of excessive stress are displayed. Studies have shown that CBD oils can help reduce the levels of stress experienced when repeatedly exposed to similar stressors, as well as CBD reducing levels of anxiety and anger when faced with a stress-inducing situation, as well as reducing spiked levels or cortisol in the events of undue stress or psychosis. These findings could help alleviate the stressors present in day-to-day life, and when looking at stressors such as lack of sleep, there have been plenty of studies into how CBD can aid sleep (read here for more).

With regards to financial or workplace stressors, there are many websites that will be able to guide you, as these may require more specific plans of action. However a good set of general practices in order to help feel less stressed across all areas could include the following:

• Avoiding unhealthy habits as a way of coping with stressors, such as drinking or smoking
• Exercising has been proven to reduce stress, and while it won’t make it completely disappear, it will reduce some of the emotional intensity that it can cause.
• Taking control of the situation. Being passive often times won’t resolve being stressed, however it is also worth being mindful about what you can or can’t change. Some things are just out of your control. For example, if the company you work for is going under and making redundancies, there’s not much the average employee can do to stop it. Instead take control and be active in looking for alternative opportunities.
• Talking to people. It will help put your stress in perspective, and often times people are more than willing to help if you ask.
• Taking time to yourself, and trying out some relaxation exercises such as yoga, meditation, or breathing exercises.