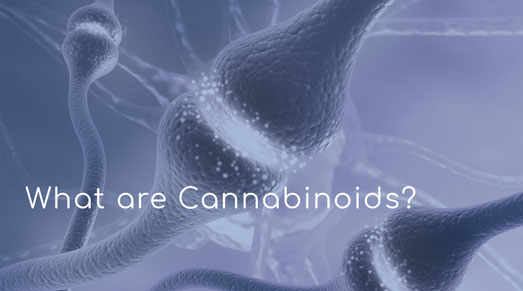 …and how do they affect our body?

When using CBD products, one should also be familiar with cannabinoids – the hemp extracts that make CBD a useful supplement. For a very long time these were thought to have little value to humans apart from as an intoxicant, but in recent decades interest in cannabinoids has grown and research has begun to show we have a much more intimate relationship with these hemp extracts within our body than was previously known.

Cannabinoids themselves are many and varied, with over 110 (and counting) being discovered in certain parts of the hemp plant. They’re also non-toxic and our body copes with them well – all too well in fact, as the main thing they’re known for is changing the way our nervous systems function. This was first discovered thousands of years ago when our ancestors started using cannabis.

The way cannabinoids interact with our body is perhaps the most interesting thing about them. Nerve endings have the peculiar habit of including receptors which trigger chemical reactions when exposed to cannabinoids. There are two types of these receptors which have been identified so far, referred to as CB1 and CB2, and they can be found in varying concentrations depending on what part of the body you look at. CB1 receptors are most commonly found in the central nervous system, whilst CB2 receptors are found more commonly in other parts of the body.

Because of the way they interact with the body cannabinoids can alter our perception of the world around us, the way we feel, our mood, our sleep pattern and a host of other non-threatening functions. However, they are mainly found alongside the most notorious cannabinoid THC, which is an intoxicant which can lead to a small but significant degree of impairment. Alongside a historic mistrust of cannabis dating back from dawn of the 20th century, this is why THC is illegal.

The legality of other cannabinoids is certainly coming under review. We are fortunate to live in a time when CBD has been given the go-ahead to be used as a supplement, because ongoing research has found that when isolated from THC, CBD has some useful properties that make it useful as a food supplement, particularly if you regularly exercise and experience muscle soreness. The law is gradually changing as the usefulness of different cannabinoids is tested and measured, outside of their interaction with THC.

The problem of THC continues to make the testing and research into cannabinoids difficult, as it comes as part of the package with cannabis, and this means that any cannabis product or testing sample must have below one milligram of THC present, or be considered illegal. Another issue, which is common with CBD and THC used together, is they often interact in the body in a particular way, counteracting and complementing each other. Future research will potentially figure out more about the endocannabinoid system in the body and explain why this happens, but so far that research is made more difficult by the presence of THC.

As for our products, these are all THC FREE as it’s one of the promises under which we are licensed in the UK. Our CBD oils and products only contain CBD, and we extract it in a way where no contamination can occur.

Cannabinoids And their Effects: